A special NYE event for the Toronto people brought to you by Solid Garage & Footprints (if you're wondering, I am part promoter/DJ of Footprints)... Featuring: 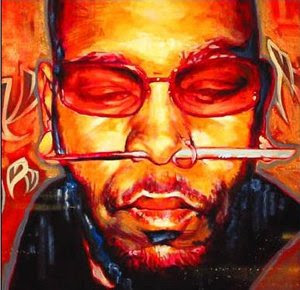 OSUNLADE
The organic and soulful deep house don from Greece (via New York) helps us ring in the new year. Osunlade is the head of the acclaimed Yoruba Records exploring Soul, African, Latin, influences with a modern palette. As a producer, He has worked with renowned artists such as Patti Labelle, Roy Ayers, Salif Keita, and Cesaria Evora. Osunlade has provided us with dancefloor classics like Cantos a Ochun et Oya, Don't Change, April among many other original and remix works. Besides Yoruba, he has released music for many top dance labels like Strictly Rhythm, Defected, Soul Jazz, & BBE.

DIRTY DALE
Always a local favourite. His dance background gives him the insight into what make people move on the floor. Dale has played along side some of the biggest names in house music and is currently at Toika every Thursday night.

FOOTPRINTS
The Footprints crew of Jason Palma, General Eclectic & DJ Stuart have been bringing the funk as well as jazz, soul, latin, afrobeat, ska, house, hip hop and whatever else their fancy to the dance floors of Toronto for 6+ years. Over the years they've brought distinguished guests like Mr Scruff or Bobbito but really, its all about the 3 local DJs giving it to the loyal crowd they know best!

GROOVE INSTITUTE
The trio of Yogi, Anand and Mark behind Solid Garage recently celebrated their 10th year anniversary proving their status as one of Toronto's solid foundations of the house scene. All have a deep knowledge of soulful dance music from boogie & disco to house that gives their sets a timeless quality. They've held regular events over the years bringing in top talent to the Toronto crowds like Byron Stingily, Robert Owens and Kenny Bobien.
Posted by Basic Soul Unit at 8:03 PM No comments: 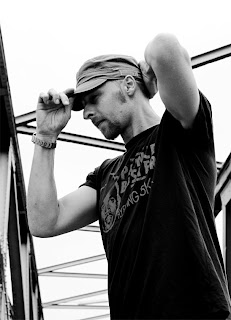 Hailing from Stuttgart in Germany, Michel Baumann (aka Jackmate, Soulphiction and also part of Manmadescience) has been steadily churning out quality electronic music since 1996. Baumann has released music on many respected labels such as: Morris Audio, Perlon, Freude Am Tanzen & Sonar Kollektiv. Although his various guises take him into different directions (from house to techno to hip hop), the trademark behind all his sounds is the skillful interpretation of soul and jazz in a modern electronic context. Melding Detroit and Chicago influences with modern German house and techno sensibilities. On first listen, one can hear the attention to detail and technical care Michel puts into his work, but his sound is far from sterile and dry. Baumann's songs never forgets the groove and in this sense, coupled with the fact that he was doing this way before the current deep house revival trend in Europe, Michel's music has a depth and authenticity not found in many of his contemporaries. Besides the aforementioned labels he has released for, Baumann also runs the Philpot and Phil E labels with partner Tobi Ettle ("Philpot" being Larry Levan's real last name is more soulful and open format while Phil E is more techno based) releasing his own work as well as like-minded producers such as Reggie Dokes, DJ Koze and Move D. We asked Baumann a few questions about his influences and his creative process...

DT: How did you get into club music and what gave you the inspiration to produce?
MB: In the early 80s I got some tapes from a friend to copy. There was a wild mix of disco, early electro and new wave stuff on them, so i started to buy stuff like the "Street Sounds Electro" Compilations and the "Funk You" Compilations. These were my first encounters with Electro and HipHop.

My father played the Piano and bought me Yamaha DX7 Synthesizer and a Roland DrumMachine when I got 14, and I was playing along my favourite tracks and recorded that on tape. When i was mixing tapes for friends to practice breakdancin, there was always an additional synthline or an "extended" beat on the mix that I did myself...guess thats when it started.

What was the Stuttgart scene like at the time that you got into house and techno?
Your typical mix of RnB and cheesy Disco in the bigger clubs..., also the Italo stuff...you name it. EBM and Belgium Acid was still very popular. And there was an American Nightclub called Maddox, where I first heard tracks by Frankie Knuckles, Lil Louis and such, but my presence in this club was more of the obscure..:) It closed down in 1991 and was re-opened as the famous On-U Club, where the Djs played Hip Hop and Reggae until 4am and then they changed to House and Detroit Techno....so when the first straight kick came in, the crowd went nuts!! The Anthem then was Bobby Konders "Dis Poem"....there was tears and some of the best times in my life!

Even though you are mostly known for house and techno, your tracks have heavy soul and jazz elements. Who are some Jazz or Soul artists that have really influenced you?
Surely too many to name here, but mainly Producers like Weldon Irvine, Norman Whitfield and Bob Thiele are big Influences when it comes to certain aesthetics in sound and orchestration, even if those aesthetics are sometimes hard to combine with the electronic components of actual club music, that´s the challenge!

Who are some contemporary producers that are catching your ears?
Electronica-wise my man Koze is always a great inspiration and Mr. Reggie Dokes, who is now part of our Philpot label family, changed my view on club music a lot. you just have to dare to play it!...:) same counts for our young blood Tim Toh, look out for this one...seriously!! Martyn was outstanding this year, NWAQs "Dead Bears" was great and Kenny Larkin's last album is my new testament of Detroit techno!, ...imho...too many to mention too...oh, i love BSU!...check this guy!

As your label name suggests, Larry Levan must have been an inspiration for you. What makes a great DJ set in your opinion and who are some of your favourite DJs to hear in a club?
S/he takes you through the whole night while entertaining and educating you musically. I want to be surprised, hear some new and old stuff , and, most important of all, change the tempo and the style now and then! Every Minimal DJ is a House DJ nowadays, so what???...that´s not surprising!! I guess, I like djs who have a grown musical personality, like a musician. Just for example, the Krause duo or Theo Parrish are always a challenge, because...really good djs also sometimes suck!..:) not like Beatport-driven dj-machines who just deliver...
Explain for those that may not be familiar with your work ,the differences between your monikers, Jackmate, Soulphiction and Manmadescience.
Well, Jackmate was how i started, more Chicago-influenced, tracky style, as well as chord driven techno....straight for the club! SoulPhiction is musically open and doesn´t have to be particularly floor material, more Hip Hop and, like the name suggests, Soul-influences here. ManmadeScience is my band-project with longtime friends Nik Reiff and Benjamin Lieten aka Phlegmatic...Disco and House is the Teacher!

How does the creative process work for you? e.g. do you mess around with sounds and samples till you find something or do you start with an idea in your head and try to create that sound?
Mostly I start programming a beat and a bass-line. From there I add instrumentation and maybe vocals. Sometimes i also start with the recording of an instrument, like a cello or a guitar and do a little song-like arrangement, before i decide to add beats or anything else. I also do a lot of field recordings and while i edit them I might find some samples to start a track with or get in a certain mood while listening. So i don´t really have a plan mostly, for me, there has to be an initial sound or pattern to create a track-idea .
Do you use analog and/or digital for production and what gear or software do you use?
Mostly i use analog equipment, as long as you would call MPCs or Nordleads analog. There´s also some antique synths and organs in my studio like the Sixtrack, Alpha Juno, Korg CX3, Wersi..etc. and there´s lots of percussions and a Jazz Kit from Tama. Actually i try to use my computer for recording and post-arrangement only, so i can play live without it in the next future. The only Software I use besides Cubase and Live, is the NI Kontakt , so i can use the Vienna Sound Collection for proper orchestration.
What can we look out for in the near future from Philpot or Phil E?
We gonna start on Philpot in 2009 with my new SoulPhiction 12" called "Underground Railroad", followed by the forementioned BSU having his first release on Philpot in march 2009. Till june we´ll have releases by Tim Toh, Reggie Dokes and the long awaited Break SL album! On Phil e there will be a new 12" by Lump, followed by a new Jackmate 12" and a surprise release, i´m not allowed to talk about yet.